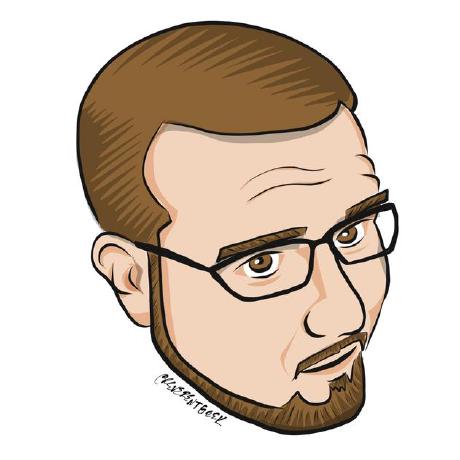 March 25, 2014. I emailed my boss with my letter of resignation. I actually did better then the typical two week notice and gave her four weeks. Well, I’d also been telling her since January she should be looking for my replacement, so it was more like a four month notice! Even though I’d been planning this for some time, I was nervous sending off that email. Everything was about to change, and there were a lot of unknowns ahead.

I was twenty-seven, with no college education, a mountain of debt, and no real game plan for what to do next. All I knew was that after nearly ten years of Retail Hell ™ I simply couldn’t take it anymore. I had spent the last four of those ten years as a store manager, working sixty to one hundred hour weeks with zero overtime pay and next to no days off. I even spent the past year jumping through hoops and dealing with politics on my way to a district manager position that I’m still not sure I ever actually wanted.

I was very miserable.

January of that year I came to terms with just how unhappy I was — taking note of my apartment that looked like I’d been running a bar out of it — and decided it was time to make a change. I moved in with a college couple to save on rent, cut out every unnecessary expense I could, and built the smallest savings possible to buy me enough spare time to find a new career path. This was my escape from hell.

By late April of 2014 I was a free man! I was officially unemployed and had promised myself I’d never go back. I had just enough money to pay my bills for the next three months, and I hoped that would be enough time to find a new path. The problem is I didn’t know what I wanted to do. Or at least, I didn’t know what I could do.

There are only two things I’ve ever wanted to do in life: be a pro wrestler or build websites. I didn’t think three months was enough time to transform myself from the perfectly round shape I’d spent years perfecting to something that could possibly, maybe, resemble an athlete if you squinted your eyes and used a little imagination. Perhaps that website stuff could work out…

Web design was a hobby of mine from high school that I’d always wanted to pursue as a career but just didn’t believe was possible. I had self confidence issues from not attending college and I had let a few well intentioned (but very misinformed) people convince me that a career in web design was a dead end. I always wondered what would have happened if I’d of given it a real shot, so I figured I should explore this option a little more.

I contacted my old buddy Jeff who I knew worked in the field to see what his thoughts were. I was very concerned without college this would be a dead end for me. He was quick to set me straight:

Half the people in my department don’t have college degrees. Right now all employers care about is that you have the skills to do the job.

Well damn. How do you argue with that? It took a little reassurance from him that I could indeed find a job that would pay my bills, but I was also concerned that I would still enjoy doing this kind of work. Sure it was fun back in high school as a hobby, but that was a long time ago, and things change. I was very cautious in that I didn’t want to just dive into the next job that I would hate.

Thankfully one of my other friends needed something built for his online Star Trek RPG. He wanted a simple user registration system so that he could track all of the RPG members. It seemed straight forward enough so I figured I’d give it a try. I had an old book on PHP from my high school days that I cracked open that night and started going through. Between that, Google, and Stack Overflow I managed to hack together one of the crappiest projects anyone, anywhere has ever built! It took me just shy of a week and I’d turn 8 shades of red with embarrassment if that monstrosity ever saw the light of day again. But I had fun. It was work, but it was fun. That was enough to convince me that I was on the right path.

At the time, University of South Florida was offering an online, self paced course on Web Application Development. It was a continuing education course — not for college credit — but simply designed to help you prepare for a new career. I was given a year to complete the course, but I was highly motivated and finished in four months. I did various freelance projects for a bit to earn money and build up a portfolio. Then in December of 2014 I landed my first full time job as a PHP Developer.

It’s funny now to think about, but at the time I was nervous about making enough to pay my bills. I honestly believed without a college degree I’d be back to making peanuts until I gained some experience. I was willing to risk it in order to do something I enjoyed for a change. To my surprise, my first job as a developer ended up being a 20% increase in pay over my best year as a store manager. Four years later I’m making almost double that.

More important than the money, I actually like my job. Sunday nights four years ago I’d spend dreading going into work the next day. So much so that I couldn’t even sleep the night before. Sunday nights now and I’m sitting at home thinking of ideas of things I want to try when I get into work in the morning. This is my job, but it’s also my hobby, and it’s fun.